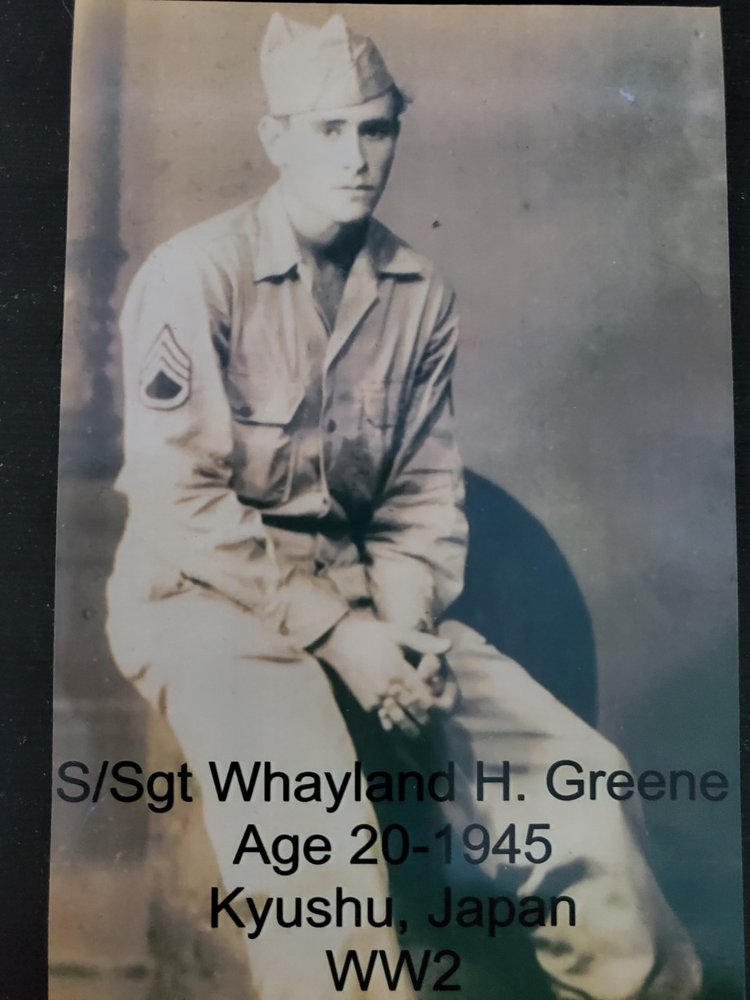 Because of the pandemic, there will be no service at this time.

W.H. was born in Haynesville, Louisiana, on February 25, 1925, to Alonzo Randolph Greene and Cassandra Wyche Greene. His family moved to Belcher and he lived the rest of his life within a mile of Belcher.

At the age of 18, W.H. enlisted in the U.S. Army. He served overseas through the end of World War II (WWII) and received a Purple Heart, two Bronze Stars, and other honors for his service.

W.H. married Jo Ann Smith of Belcher on August 3, 1946. They had three children and were married until her passing on September 7, 2010.

The family wishes to thank Linda Williams, whose friendship has been an indescribable blessing since the loss of Jo Ann.

In lieu of flowers, the family suggests donations to Belcher Veterans Memorial, P.O. Box 149 , Belcher LA 71104; Belcher Baptist Church, or a charity of the donor's choice.

To order memorial trees or send flowers to the family in memory of Whayland Harvel Greene, please visit our flower store.