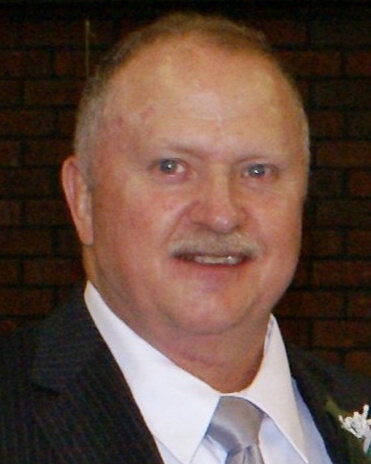 Wayne Dante Liegey III “Chip” of Bossier City, LA passed away August 30, 2022, of a lengthy illness in the arms of his family at the age of 64. A Memorial Service will be held with full military honors followed by a Celebration of Life at Westview Christian Church, 7188 Greenwood Road in Shreveport, LA on September 17, 2022, at 2:00 pm. Pastors Gary Boswell and Jon Bailey officiating.

Wayne graduated from Clearfork HS in Bellville, OH in 1976. He married Debra Lynn Graham on June 14, 1980 and entered the Air Force in September of that same year, where he pursued his military career as a Jet Engine Maintenance Technician. His first assignment was Seymore Johnson, AFB, NC working on the F4E Phantom II. In 1985 his next station was Tyndall AFB, FL maintaining the F15 Eagle attaining Non-Commissioned Officer in Charge of Jet Engine Quality Assurance. He developed the Eagle Start Phase Inspection requirements that were implemented Air Force wide. In 1988 he was selected to cross train into Communications and Computer Systems Control where he was then assigned to Barksdale AFB, LA filling the position of Chief, Tactical Systems Control until he retired in October of 2000. He received numerous awards and distinguished medals and honors including the Meritorious Service Medal and the Air Force Commendation Medal. He was awarded an incentive flight in the F4E Phantom II making him an honorary member of he 335th “Chiefs” Tactical Fighter squadron.

Wayne’s career in the private sector after he received his Aircraft and Powerplant Licensure led him to employment with ExpressJet Inc. Airlines as Quality Control Inspector Supervisor. He then hired on to Western Global Airlines at Shreveport, LA until he retired January of 2020. Wayne was an avid outdoorsman and marksman enjoying hunting, fishing, camping, gardening, home projects, cooking, and traveling. There was always an excuse to entertain putting meat on the smoker or fish and turkeys in the fryer. His love of muscle cars led to a restoration of a 1968 Chevelle “Scarlet”. He entered numerous car shows for charity and the World of Wheels with an abundance of trophies and awards received.

Wayne was loved and respected by all his family, friends, and coworkers. There is a piece of our hearts missing until we meet again as promised by our Lord and Savior. The family appreciates all the care and compassion shown by Dr. D. Clemons, Dr. K. Marler, Dr. S. Ball, Dr. R.C. Holladay, and Dr. C. Byrd.

Special thanks are given to Dr. A. Veluvolu and staff at Willis Knighton Cancer Center along with Stepdown, ICU, and the medical floors at Willis Knighton North. In lieu of flowers Memorial Donations may be made to the Alpha 1 Foundation at www.alpha1.org/donate or the American Cancer Society at donate3.cancer.org.

To order memorial trees or send flowers to the family in memory of Wayne Dante Liegey, III, please visit our flower store.