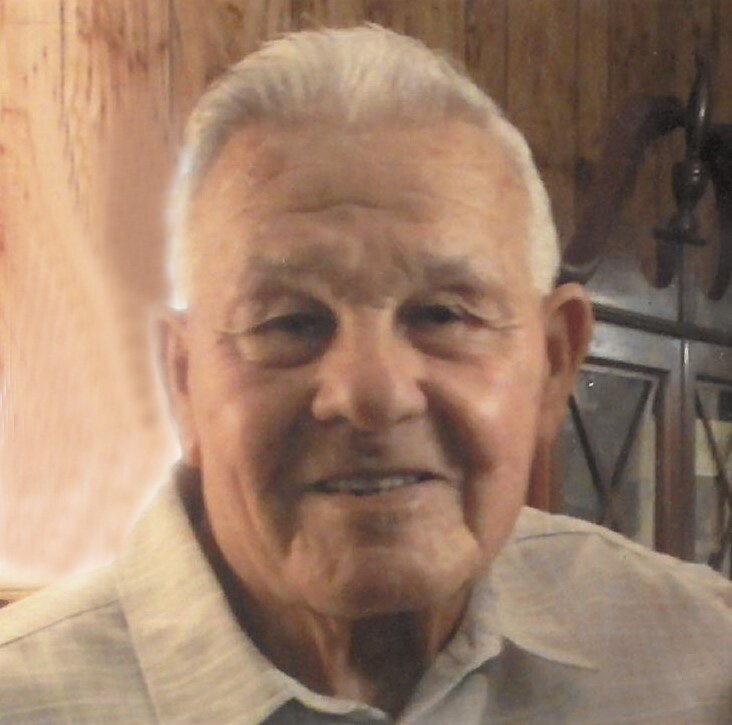 Tony Montalbano was born on March 29, 1932 in Bossier City, LA and passed away peacefully on December 11, 2021, with his family by his side. A service to honor his life and military service will be 1:00 PM, January 7, 2022 at the Northwest Louisiana Veterans Cemetery. Rev. Tommy Patton will officiate. Tony graduated from Bossier High School in 1951, where he lettered for four years, and was considered the most explosive runner in the 92 history of Bossier High School’s history. He helped set the state team scoring record of 522 points. He was All City, All District, All North, All State, and a member of the Wigwam’s Wisemen of America All American All Star of 1950. Tony was part of the famous M&M running back duo that devastated many football teams in 1949 and 1950. He led Bossier High to the State finals his senior year by scoring 151 points alone. He was the anchor for Track and Field State Championships in 48, 49, and 50. Due to his football talents, McNeese University singled him out for enrollment to play football for them. In 1999, Tony was inducted into the Bossier High School Hall of Fame for Track and Field, and 2010 he was inducted into the Football Hall of Fame for Bossier High. Shortly after graduation, he was drafted into the Army to defend his country during the Korean Conflict. After he returned from his service, he began working for Bossier City Water Department. His career lasted 45 years, with his last position being Water Service Supervisor. Tony retired December 31, 1999 after serving with dignity and honor. In his spare time, he loved watching football, drinking coffee, reading and watching the news, spending time with family and friends, yard work, and growing his own vegetable garden. Welcoming Tony in Heaven are his parents Giacomo and Vita Montalbano; wife, Tulip Yvonne Montalbano; siblings, Veto Montalbano, Joe Montalbano, Giacomo Montalbano, Arcuzio Montalbano, Vince Montalbano, Jake Montalbano, Lena Montalbano, and Virginia Montalbano and step-son, Barney Paul Dowden. Left to cherish many memories are children, Susan Hellman and husband Don, Donna Goodeaux and husband Danny, Teresa Ballinger and husband Mike, Melinda Montalbano Reyenga and fiancé Heath Vining, Melissa Montalbano Carlisle and husband Cody; and step-children, Guy Dowden and wife Paula, Cindy Wilson and husband Steve, and Beth Taylor and husband Mike; 15 grandchildren, Jordan & Courtney Cogburn, Danyelle Goodeaux, Haley & Parker Ballinger, Makayla & Mikah Reyenga, Ashlynn Vining, Haley Hancock, Evan, Amanda, Laura & Eric Dowden, Michael & Brian Taylor; 12 great-grandchildren; sister, Rosemary Finley; and many other family members and friends. The family would like to express their appreciation to Tammy Driskell and Sheila Russell of Southern Hospice; Veronica Adkins, Lisa Carson and Jackie Martin of Nightingale Hospice; and Sherry Keener of Professional Sitters Services for their loving care. Tony touched many hearts during his life. He will be greatly missed.
To order memorial trees or send flowers to the family in memory of Tony Montalbano, please visit our flower store.