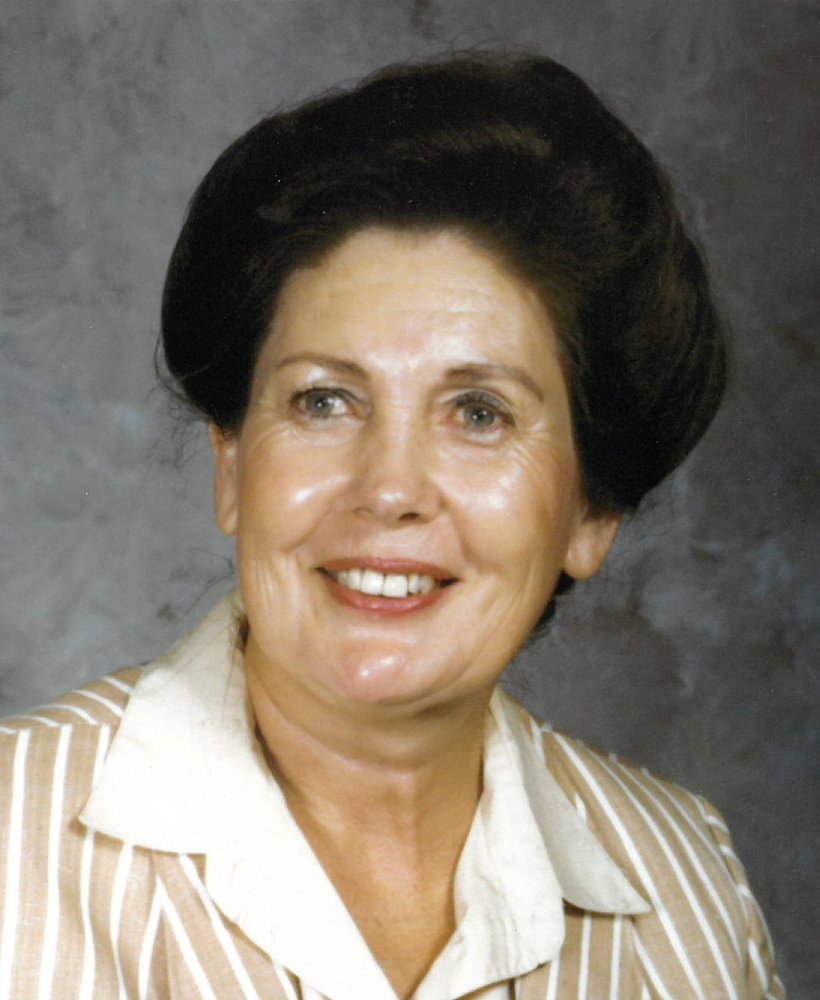 A Celebration of Life service for Sally Tim Lott will be held Monday July 12th, 2021 at 11:00 a.m. at Boone Funeral Home, 2156 Airline Dr., Bossier City, Louisiana with the visitation beginning at 10:00 am. The burial will follow at 2:00 p.m. at Shiloh Baptist Church 12841, Hwy 2 Bernice, Louisiana 71222. Officiating the service will be Pastor Justin Haigler. My lovely wife of 67 years, Sally died at 6:00 A.M., on July 7, 2021, with me, Joseph W. Lott at her side. She passed away at our residence in Bossier City, LA. She was born in Bernice, LA, July 14, 1932, to DeWitt Talmadge Barham and Mattie (Mobley) Barham of the Shiloh Baptist Church Community. Sally lived there through graduation from Bernice High School. After attending nursing school at Warner Brown Hospital, in El Dorado, AR, she married Joseph William Lott, Jr., whom she met while visiting her sister in San Antonio, Texas. Joe was in the U.S. Army and they were married, a few years later, on January 2, 1954, in Greenville, MS. She was a homemaker, by choice, in order to raise and be with her three (3) children, Tamara Dawn Lott; Tanya Lynn (Lott) Kelley, (husband Rodney), of Bryant, AR and Joseph Adam Lott, (wife Wendy). She was a devoted wife, loving and caring mother, sister, aunt, grandmother and friend. She had four (4) grandchildren, Patrick Lyle Kelley and Jonathan Daniel Kelley, of Seattle, WA, and Ashley Nicole and Austin Joseph Lott (twins). They both reside in Bossier City, LA. Sally was a lifelong Christian and Jesus was her Lord and Savior. Her entire life was devoted to others, which included family, church, friends, and her volunteer work. She was a member of the Hospital Auxiliary for 32 years. During that time, Sally served as President, and until her death, was the only charter member remaining. She also taught Bible verses and took care of two year olds for many years at the First Baptist Church of Camden, Arkansas. Sally is proceeded in her death by her siblings, DeWitt Talmadge Barham, Jr., Ida Beatrice (Barham) Ragsdale, Virginia (Barham) Aycock and Ruth Elise Barham. Lastly, but certainly not least, are Joan Smith, Sally's caretaker for six (6) years and Carolyn Milton for over four (4) years. Both are like one of the family and Joan has said, repeatedly, that she is. Honoring Sally as pallbearers will be Austin Lott, Billy Aycock, Clyde Aycock, Donnie Beckham, Rodney Kelley & Jonathan Kelley. Honorary pallbearers are Edna Whitson (lifelong friend), Patsy Boyle (fifty year friend). In lieu of flowers contributions may be made to the Shiloh Baptist Church.
To order memorial trees or send flowers to the family in memory of Sally Tim Barham Lott, please visit our flower store.