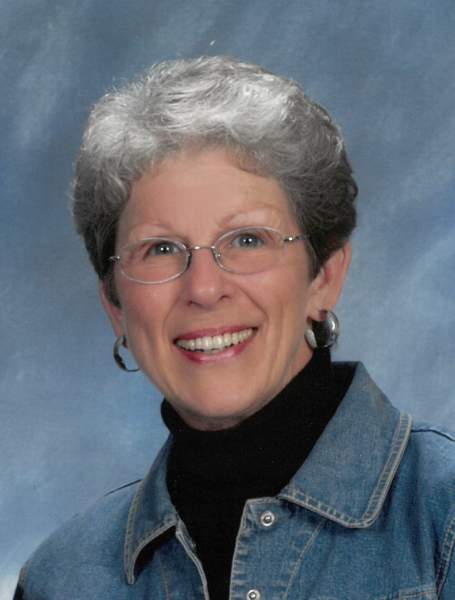 Mrs. Sally Ann Dudney Griffin, 83, of Bossier City passed away peacefully on May 11, 2022, in the presence of family. A funeral service will be held at Broadmoor Presbyterian Church in Shreveport at 11:00 am on Tuesday, May 17, 2022, with Reverend Jim Freeman officiating. Visitation will be held at 10:00 in the parlor. Burial will follow the funeral at Northwest LA Veterans Cemetery at 1:00 pm. Sally was born in Camden, Arkansas on October 25, 1938, to Olin and Carrie Young Dudney. She was named after her great-grandmother, Sarah Ann “Sallie” Williams Young. She graduated from Camden High School, where she was very active in 1956. She was a cheerleader and Homecoming Queen in the fall of 1955. After attending Southern Arkansas University in Magnolia briefly, Sally moved to Shreveport in 1958 for a secretarial job. She lived in an apartment close to Centenary College with friends. Unknowingly, she would meet and fall in love with her next-door neighbor who was working at Humble Oil and living with friends. Sally and Tiger were married on June 23, 1962. Next month would have been their 60th wedding anniversary. The couple soon joined Broadmoor Presbyterian Church and made lasting relationships they would keep for years. They moved twice for Tiger’s job, once to Jena, LA. And again, to Longmont, Colorado. In 1987 they returned to this area and chose to live in Bossier but immediately resumed attending Broadmoor Church. Sally was always very active in her church’s adult and youth choirs, singing and directing at times. She has always been active in church circles, loving those close relationships with other women. She most recently volunteered at the Food Bank of Northwest Louisiana. After her children were grown, Sally began to get back into some hobbies she had missed while the kids were young. She was a wonderful seamstress, making doll clothes, children’s clothes, curtains, etc. All of her homes had beautiful, manicured lawns and flowers beds, mostly due to her love of gardening. Antiquing in Canton, Texas was probably her favorite trip to make. Through her life, Sally’s friends and family knew her for her fun disposition and a laugh that filled the room. She is predeceased by her husband, Tiger; her parents; and brother, Robert “Bob” Dudney. She is survived by daughter, Jill Brandao and husband, Mike; son, Tag Griffin and wife, Melinda; grandsons, Cody and Clint Griffin and Cameron and Ben Brandao; sister-in-law, Donna G. Dudney, and numerous nieces and nephews. In lieu of flowers, memorial donations may be given to Broadmoor Presbyterian Church or the American Cancer Society.
To order memorial trees or send flowers to the family in memory of Sally Ann Griffin, please visit our flower store.