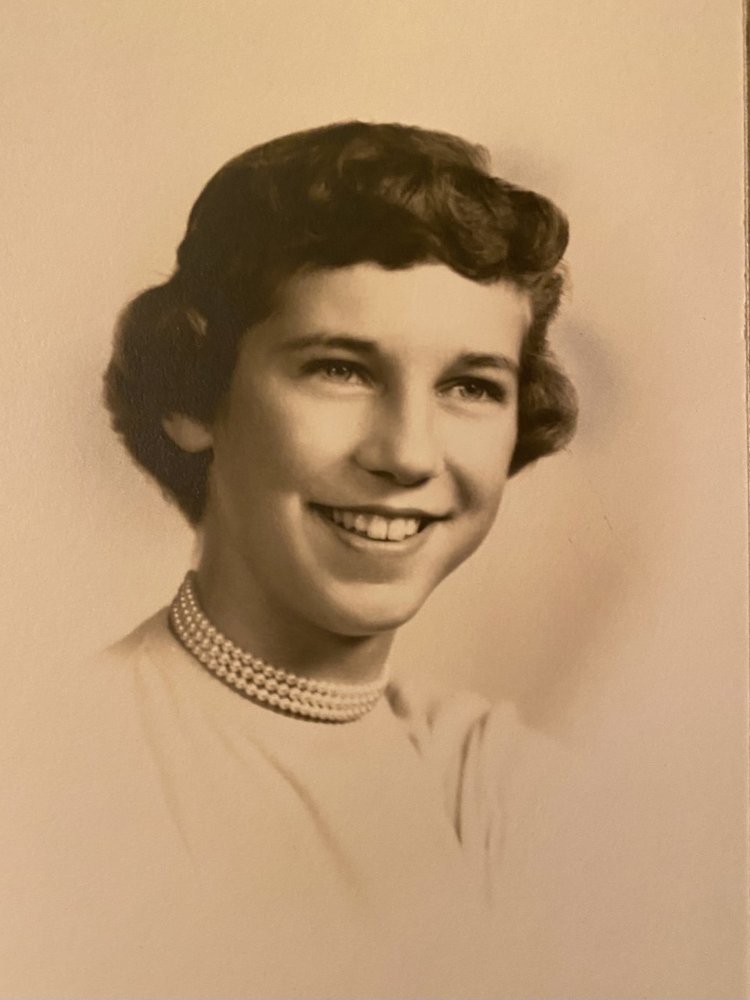 Ruth S. Hartstein, 86, died on December 19, 2020 from complications related to cancer. She was born to parents Carl and Matilda Schodde on November 19, 1934 in Pittsburgh, PA but had lived in Bossier City for more than 50 years. Ruth graduated from West View High School in the North Hills area of Pittsburgh in 1952.  She first met her future husband, Frederick C. (Fred) Hartstein at the wedding of Fred’s sister, Joan, who was a classmate and friend of Ruth’s.  The two were married on December 28, 1955 in Pittsburgh but moved shortly thereafter to Homestead Air Force Base, where Fred was attending pilot training.  They celebrated the births of their sons, Keith (1956), Roy (1958) and Kirk (1960) in Florida.  Subsequently they were stationed to Otis Air Force Base in MA, then to Lockborne Air Force Base in Ohio and finally, in 1966, to Barksdale. Ruth received her Bachelor’s degree from LSU-S in May of 1979 and in July of 1981 she became a Certified Public Accountant.  She was a member of the AICPA and Society of Louisiana CPA’s and served as treasurer of the North Texas-North Louisiana Synod of the Evangelical Lutheran Church of America from 1988 to 1991.  Ruth also had a private accounting practice, primarily doing personal income taxes and some corporate tax work until her retirement in 2016. Ruth was a founding member of Trinity Lutheran Church in Bossier City, which later merged with a Shreveport congregation to form what is now Holy Trinity Lutheran Church.  She was very active in her church community and completed the Bible Study Fellowship (BSF) program several times.  Ruth was also a passionate bridge player and loved card and dice games of all kinds.  One of her favorite sayings was “agree with me now and it will save us both time”. Ruth is survived by all three of her sons as well as 8 grandchildren and 2 great grandchildren, including Keith and his wife, Sarah, and their four children, Rebecca, Amy, Kevin, and Taylor; Roy and his wife, Dana, and their son, Brett; and Kirk and his wife, Chrisy, and their three children, Rachel, Kennon and Nathan, and Rachel’s two children (Ruth’s great grandchildren), Chase and Raegan (Rae-Rae to Ruth).  She is also survived by her sister-in-law, Joan Bergman and her husband, Lyle and sister-in-law Sandy Schodde. During the last 2+ years of her life, Ruth was blessed by a very close relationship with her caregiver, Angela Brokenberry, who provided exceptional, loving care that enabled Ruth to continue to live independently. Ruth was preceded in death by both of her parents as well as her husband of 49 years, Lt. Col. (retired) Frederick C. Hartstein; her sisters, Norma Rall and Janet Duffy, and her brother, Carl Schodde. The family has entrusted the Boone Funeral Home in Bossier City with the arrangements.  Ruth will be interred at Allegheny Memorial in Pittsburgh, PA between her loving husband and her big sister, Norma.  In lieu of flowers, please consider a donation to Ruth’s favorite charity, St. Jude Children’s Research Hospital.

To order memorial trees or send flowers to the family in memory of Ruth S Hartstein, CPA, please visit our flower store.