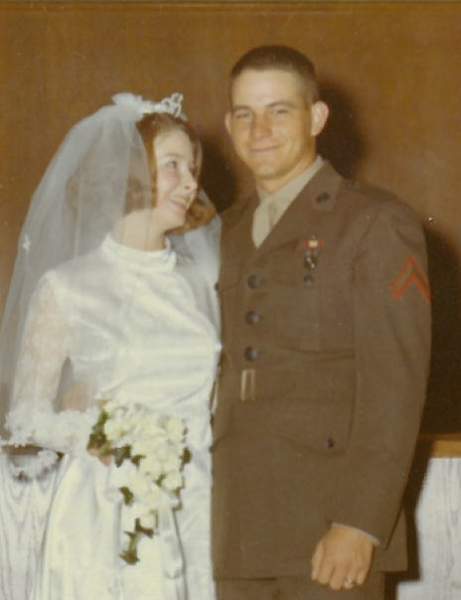 Richard Craig Almond, 72, of Benton, Louisiana, passed away on February 22, 2022, after a lengthy illness. Visitation will be held Friday, February 25, 2022, between 4:00 – 7:00 PM, at Boone Funeral Home, Airline Drive, Bossier City, Louisiana. Richard was born in Escondido. California, on August 15, 1949. While attending Airline High School he served as Key Club President. After graduating from Airline High School he continued his education at Louisiana Tech University. Richard joined the United States Marine Corp after his second year at Louisiana Tech and returned after boot camp to marry his sweetheart, Bobbie Jo Reynolds on December 20, 1969. After four and a half years in service to his country he and Bobbie settled in Ruston where he continued his education and received a Bachelor’s Degree and Master’s Degree Plus 30 from Louisiana Tech. He was a thesis paper away from earning his Doctorate in English. They were married for 52 years. Richard was a teacher for five years, Project Manager with Bell South for 15 years, and owned his own company for 10 years. He also served as youth pastor. He enjoyed playing golf, especially playing in tournaments with his wife in his latter years. Through his many years of playing golf, he was fortunate to make not one, not two, but seven “hole in ones”. He was an avid history buff, lover of music, and loved being in fishing tournaments with his sons as they were growing up. Richard is survived by his wife, Bobbie, his son, Robert and wife, Mary and grandson, Riley: He is also survived by a sister, Laura “Pug” Almond Dodd, grandsons, Tyler, Tucker, and Tanner, and great grandson, Maddox, a sister-in-law, Liz Almond and a host of family and friends. Richard is preceded in death by his oldest son, Richard Glen, and his parents Bobby Joe Almond and Georgia Almond and a brother Robert Dean Almond. The family of Richard Craig Almond wishes to thank Dr. Alan Cox, Nurse Elizabeth Beasley at Willis Knighton Bossier (2nd floor), Anne Roseberry and family and friends.
To order memorial trees or send flowers to the family in memory of Richard Craig Almond, please visit our flower store.