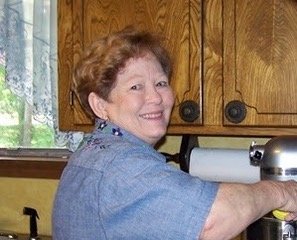 Nancy Durham Skaggs, age 77, died with family by her side on Saturday, January 2, 2021 at Louisiana State University Ochsner Hospital in Shreveport, Louisiana. She died after a fall in which she suffered a massive brain hemorrhage.

At her request, no service will be held.

Nancy was born May 28, 1943 in Coleman, Texas to Lewis and Gracie Durham. She was someone who could do anything she set her mind to. She worked almost her entire adult life in the restaurant industry. She was a Supervisor for Smith Dairy Queens of Texas while living in Seguin, Texas and later enjoyed having her own restaurant called the Highway Haus in La Vernia, Texas.

She is survived by her husband, Cecil Skaggs, who she married in San Marcos, Texas in December 1960 and they later divorced. They joyfully remarried later in life in Morgan City, Louisiana in October 1995. She is also survived by her children Lori Hendrix and her husband,  Michael; Sheri Hartline and her husband, Jeff; Christopher Rosenthal and his wife, Sandra; stepson Matthew Skaggs; and foster son Josue Contreras and his wife, Andrea; eight grandchildren Ryan Hendrix, Jonathan Irvin, Jordan Irvin, Andrew Rosenthal, Nicholas Rosenthal, Zachary Rosenthal, Emily Rosenthal, Christopher Hartline and Gabriel Skaggs and two great-grandchildren. She is also survived by her sister and brother-in-law, Wilma and Orrin Grove and her brother and sister-in-law, Eddy and Mona Durham.

Family was important to Nancy. The one thing that she always raved about was how proud she was of all of her children and grandchildren and how much she loved each and every one of them. They were always on her mind and in her heart and she spoke of them often.

She was a very out-spoken person and was known for her sage advice. She loved the Lord Jesus Christ and never missed an opportunity to share his love and gift of Salvation with others. She is finally free to be with him and throw away the cares of this world. She was often known to sing, “This world is not my home, I am just passing through…”

In lieu of flowers, donations can be made to the Alzheimer’s Association at: alz.org.

To order memorial trees or send flowers to the family in memory of Nancy Skaggs, please visit our flower store.