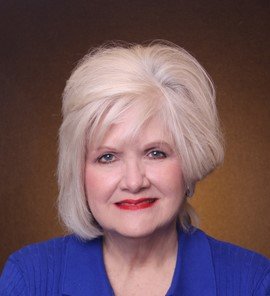 Mischa Angel, a Realtor in north Louisiana with Century 21 Elite, and resident of Bossier City, passed away Tuesday, June 22, 2021 surrounded by family. She was born July 12, 1947, in Commerce, TX. Mischa Angel grew up in Ladonia, Texas. From an early age she showed talent in all she did. She was always at the top of her class, winning numerous awards, from national honor society, DAR awards, Class Valedictorian, State Beta Club, Outstanding Student and Best Actress. When she was 14 she became the organist for First Christian Church in Ladonia, and held that position throughout high school. After graduation, she began a career in the newspaper business. She worked at the Greenville Herald Banner, where she moonlighted on Friday nights as a football reporter. Next stop was the Tyler Morning Telegraph, where she sold display advertising. Next in her newspaper career was Lake Charles, LA at the American Press. There she was recognized by the National Associated Press for having the Best Display Advertising in the US for display ads. The award recognized her for her ingenuity in creating an advertisement for McNeese State University Cowboys that could be peeled off the newspaper and ironed onto a T-shirt. Mischa arrived in Shreveport, LA in 1977. She applied for a job at the Shreveport Times for which she was turned down. She offered to work for commission only and was again turned down. The only person she knew in Shreveport was the realtor that sold her a home. She immediately enrolled in real estate school with her now long-time friend, JoAnn Wheless. She began to sell large volumes of homes while at the same time working to help realtors to work to create a better image. She always said that it was a profession to be respected. Mischa Angel is known as a legend in the local real estate market. She was the first agent to hold a Realtors Open House and luncheon in the area. She was the first agent to form a real estate team known as Team Angel. She was the first local agent to close 20 million in a calendar year. She was also the first local agent to close 30 million in a calendar year. She was past President of the Women’s Council of Realtors, Realtor of the Year, Entrepreneur of the Year, and chaired fundraisers that built 5 Habitat for Humanity Homes in the Shreveport/Bossier area. Throughout her career she has dedicated her time and energy to raise funds for local charities. She traveled the United States and Puerto Rico for Coldwell Banker Real Estate as a guest speaker and trainer at their national conventions for 17 years. Mischa even tried her hand at acting performing with Sherry Boucher Peppard in the play “A Couple of White Chicks” which had 21 sold out shows. One of Mischa’s favorite things was hosting family reunions and Christmas for her family at her home. She was a wonderful Mother, Grand Mother, and Friend. Mischa is preceded in death by her parents Helen Bartley Mills and Orville Mills, brother-in-law Larry Robertson, one of her favorite cousins, Bill Tom Lowrey, and her favorite Aunt Dorothy and Uncle Al Bartley. She is survived by her son J.R. Burt and wife Kelly, grandchildren Kayleigh and husband Patrick Larkin, Trace Burnham and William Fisher Burt, great-grandchildren Lincoln and Reagan Larkin, sisters Marilyn Robertson and Bip and husband Bernie Nauta and a host of dearly loved nieces, nephews, cousins, and friends. Serving as Honorary Pallbearers are Lance Mosley, Tim Larkin, Ben Dowis, Bob Cunningham, Jason Smith and Jud Hodge. The family will receive friends from 5:00 – 6:45 PM Friday, June 25, 2021, at Boone Funeral Home in Bossier City, LA. A brief prayer service will be held from 6:45 – 7:00 PM. Graveside services will be held in Ladonia, TX on Saturday, June 26 at 1:00 PM. Memorials may be made to MD Anderson in Houston, TX.
To order memorial trees or send flowers to the family in memory of Mischa Lee Angel, please visit our flower store.