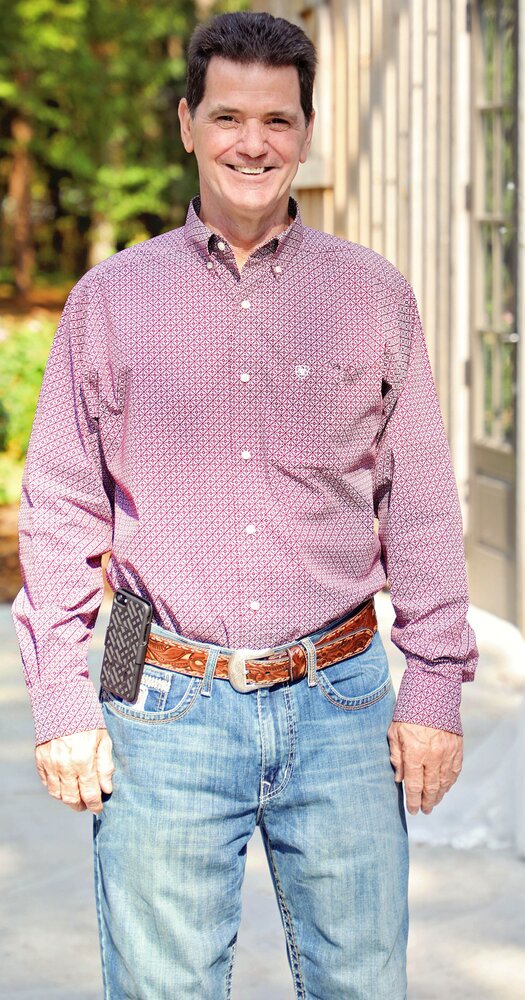 Mark Thomas Scott was born on May 7, 1955, in Lansing, Michigan to his loving and proud parents, James and Faye Scott. Mark lived in Michigan, Illinois, and moved to Louisiana permanently in his early twenties where he lived for the rest of his life. Mark had four sisters and 2 brothers. Mark was happily married to his wife Tina Scott for 37 wonderful years. In his younger days, he loved to play pool and the drums. Over the last few years of his life, he picked up baking and loved to bake bread and pizzas for his family. Mark was a loving, selfless, & caring man. There wasn’t ever a time when he wouldn’t offer a helping hand, give someone the shirt off his back, or drop everything he was doing to assist someone in need. He was a friend to all he met and was always welcoming and made everyone feel like a part of the family. Even throughout his illness, he still did everything he could to put his children and wife’s needs before his own and did everything he could to help. Mark was the true definition of a family man. Mark was most proud of his children and was always boastful to anyone who would listen about their accomplishments and milestones. He was a loving and devoted husband and was an astounding father who loved his children with his whole heart and put their needs before his own. Mark was passionate about reading books and computers. He was always reading and learning as much as he could to better himself. Before his retirement in 2020, Mark worked for 25 years as the LAN administrator at the Western District United States Bankruptcy Court in Shreveport, LA. While his job was all about computers, away from work, he still enjoyed working on computers and solving problems with them. In his spare time, he enjoyed camping and loved and cherished spending time with his wife and children, and family. He is preceded in death by his parents James and Faye Scott. He is survived in death by his wife Tina Scott and his three children, Christopher Scott, Joshua Scott, and Tiffany Scott, his four sisters, Carol Russo, Terry Mann, Kathy Tate, Jaime Scott, and his two brothers Jim Scott, Mike Scott, daughter-in-law Gaylin Scott, granddaughter Jordyn Seymore and grandson Luca Scott; as well as lifelong friends and extended family members. Although Mark’s presence will be forever missed, we know he is pain-free and now whole again and is lounging in a recliner reading a book with Jesus. Enjoy this quote from Mark’s favorite tv show: “I firmly believe that in every situation, no matter how difficult, God extends grace greater than the hardship, and strength and peace of mind that can lead us to a place higher than where we were before.” -- Andy Griffith
To order memorial trees or send flowers to the family in memory of Mark Thomas Scott, please visit our flower store.