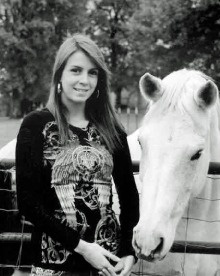 Kaitlynn Elizabeth Reed passed on September 13,2022, in Benton LA, at the age of twenty-nine. Kaitlynn passed after a very long illness. Kaitlynn graduated from Benton High School where she competed in cross-country racing and barrel racing.  Kaitlynn went to work for Adolfo’s Construction Company where she was Office Manager and Translator. She continued the enjoyment of barrel-racing and fishing. She also enjoyed spending time with her son Julio Cesar Villalobos Jr., and her life partner Julio Cesar Villalobos Sr.

She was preceded in death by grandfather Jefferson D Reed Jr. and grandfather William Oliver, and uncle Ronnie Ray Reed.

To order memorial trees or send flowers to the family in memory of Kaitlynn Elizabeth Reed, please visit our flower store.