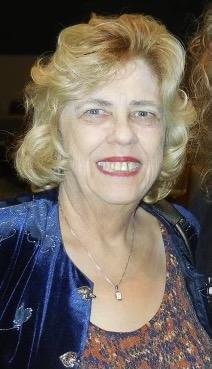 Janet Rose Downey Haggard, 74, was a faithful and God fearing servant of the Lord. She was born in Bastrop, Louisiana to William and Dorthy Downey. Preceded in death by her parents, her sister, Melba Downey Millwood, and her son, the late Jack Ritchie Caldwell Gentry. A memorial service will be held 11a.m.-1p.m. Saturday, July 3. A child star, devoted her life to singing for the ministry, a member of The Robinette’s, performing at various churches and revivals. In 2014, she was inducted into the Louisiana Gospel Hall of Fame. She was a retired RN3 from LSU Medical Center and had been a nurse for over 35 years. She is survived by her husband, Rick Haggard, daughter, Jaclyn Rose Smith and stepsons David and Kenny Haggard. Her legacy will live on through her grandchildren William Taylor Gentry, Cannon Gentry, Perry Caleb Gentry, Aimee Rose Gentry, Jack Caldwell Gentry, Ceradell Gentry, Isabella Haggard, and many, many great grandchildren.
To order memorial trees or send flowers to the family in memory of Janet Rose Haggard, please visit our flower store.