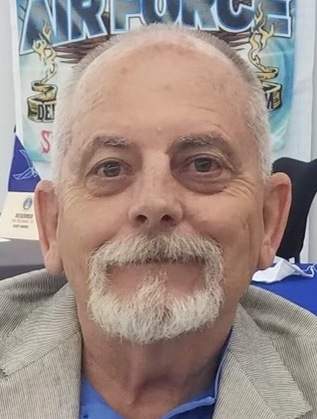 James M Ellstrom (husband, Father, Grand daddy, Popeye, brother and friend) entered into his Heavenly Father’s arms on November 26, 2021. He was born to Richard and Kathaleen Ellstrom on April 7, 1953 in Inglewood California. Jim as he like being called graduated from Valencia High School in 1971. He then answered the call to serve his nation in Vietnam where he served two tours. He then came home to his loving family which included his best friend and brother RB Ellstrom. He met the love of his life Susan S Ellstrom in 1981 and together they raised their daughter Angel. He raised his family mainly in Bossier City, Louisiana where he continued his career as an instructor at Barksdale Air Force Base. He retired from the military in 1993. He was such an accomplished man and jack of all trades. He had 7 Associates degrees and dual Master degrees. He loved learning. He was the first person to teach CPR to the blind. He received the highest award from The American Red Cross, the Clara Barton Award. He was the first student asked to be an instructor at Barksdale Air Force base at the NCO Academy. He was on the amateur golf tour. He was a Master Scuba Driver and instructor. He was an avid writer. He liked to say he was an “expert in training” at fly fishing. He was an amazing granddaddy to his five grandchildren (Brandon, Kengel, Ariel, Robin, and Trey) and the strongest Popeye to his great grand babies (Ember, Charleigh, Colston and Lian who is on his way). He was an amazing friend to many and cherished those friendships. He was preceded in death by his father Richard Baxter Ellstrom, his mother Kathaleen Ann Ellstrom, and his beloved sister Sandra Buckner. Those left to cherish his memory are his wife of 40 years and love of his life Susan S Ellstrom, his daughter who was a “daddy girl” Angel Skaggs and her husband Ken, his brother and best friend RB Ellstrom and his wife JoNell, his brother David Ellstrom and his wife Delores and Ken Buckner his late sister Sandra’s husband. His five beautiful grandchildren Brandon Cruz, Kengel Skaggs, Ariel Graham and her husband Samuel, Angel Robin Skaggs, and Trey Skaggs and the light of his life, his great-grand babies (Ember Graham, Charleigh Graham, Colston Graham, Lian Graham). Numerous nieces and nephews whom he loved very much. He also had many special friends who he cherished. The family would like to thank the doctors and nurses at the VA hospital for caring for him. We also would like to thank the many friends and family that have supported us through this time. Lastly is a poem his grandson Brandon wrote for him: Winter Days Gone are the roses The somber sun rises Empty is the light that brings no warmth Shorter are the days The cold air rises Sweeping away the petals Little joy to be had in these days
To order memorial trees or send flowers to the family in memory of James Marshall Ellstrom, please visit our flower store.