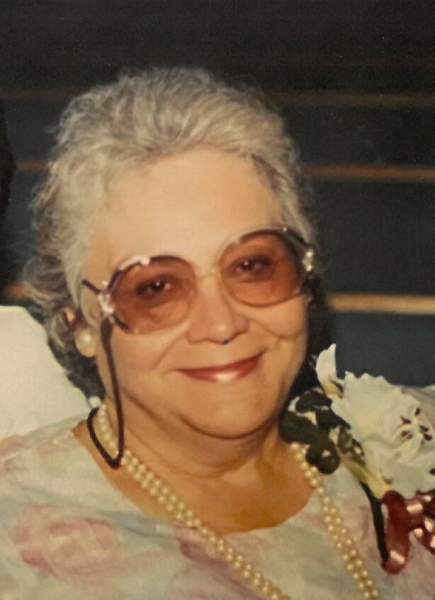 Gypsy Lynn Kines Murray August 26, 1938 – March 4, 2022 Lynn was born on August 26, 1938 to Marvin and Ora Kines in Terrell, Texas. Lynn left to be reunited with the love of her life, Larry on March 4, 2022, after a lengthy illness. She married Larry D Murray Jr in 1957, they were married 48 years and had five sons. Lynn is preceded in death by her parents, Ora and Marvin Kines; her husband, Larry D Murray Jr; and her granddaughter, Jackie Marie Murray. She is survived by her sons, Larry Murray III and wife Lexie, Marvin Murray and Roy Noble, Paul Murray and wife Margaret, Tommy Murray, and Robert Murray and wife Sherry; sister, Leona Lockley of Rockwall Texas. Lynn had a host of grandchildren, great grandchildren, and nieces and nephews and loved her dogs and cats. Lynn loved to spend time outdoors looking at her flowers, fishing and going to her son’s baseball games. Lynn loved to embroidery, sew, knit and make clothes for barbie dolls and had a passion for jigsaw puzzles and would spend hours working puzzles. The family will be receiving visitors from 5:00 to 7:00 pm, Tuesday, March 8, 2022 at Boone Funeral Home in Bossier city. The funeral service will be at 1:00 pm on Wednesday, March 9, 2022 at the Boone chapel with Rev. Bryan Dauphin officiating. Interment will follow at Centuries Memorial Cemetery. A reception will follow interment at Lucky Palace Restaurant in Bossier City. Pallbearers will be Jacob Murray, Andy Griggs, Joseph McCrary, Jacob Little, Connor Little, and Brett Coldwell. Honorary pallbearer will be Christopher Clark, David Beech, and Trace Keller. In lieu of flowers, donations may be made to the Humane Society of Northwest Louisiana.
To order memorial trees or send flowers to the family in memory of Gypsy Lynn Murray, please visit our flower store.