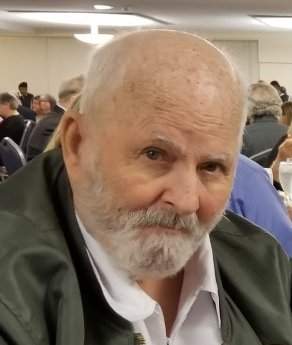 SMSgt (Ret) George Singleton, Jr. was born November 8, 1937 to Loretta Givens and George Cody Singleton, Sr. in Haughton, Michigan.  Sadly he passed away from a brief illness on November 20, 2020.  A memorial service for George was held on November 25, 2020 at the Northwest Louisiana Veterans Cemetery.

George was raised in Milwaukee, Wisconsin and proudly joined the United States Air Force in 1957.  His service turned into a 20 year career.  During his military service he married Marcy J. Singleton in Carlsbad, NM and they had two sons.   He served his country proudly often giving up family time.  Unfortunately, Marcy passed away early in life leaving George and their sons.

After retiring from the Air Force, George settled in Bossier City where he met and married Faye Singleton.  They enjoyed fifteen years of marriage.

George lived life on his own terms.  He will be greatly missed.

To order memorial trees or send flowers to the family in memory of George Singleton, Jr., please visit our flower store.