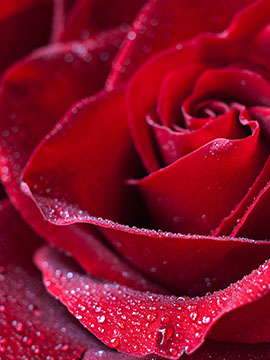 On Tuesday, August 9, 2022, Ella Jane Foisy, loving wife and mother of seven children, passed away after having achieved the wonderful age of 84. Ella was born on September 13, 1938 in Shawnee, Oklahoma to Hilbert and Effie Pearl Whited. She attended Bethel High School in Shawnee, Oklahoma. She also attended Scottsdale Community College in Scottsdale, AZ and completed classes in drafting and design in her later years. Ella was a very talented artist and throughout her life produced drawings, painting, and many decorated rooms in her own home. Her favorite class field trip was to the fabric store in Phoenix which sold specialty fabrics from around the world. On the day of November 25, 1956 she married Maurice J. Foisy, a war hero. They raised seven children, Mary Jane, Ginger Sue, Nancy Gale, Edward Harold, Rose Anna, Diana Lynn, and Lydia Ann. She was happy to be a wife, mother, and homemaker for a military man and traveled all over the world with her family in tow. Enjoying every opportunity to see the world. Ella’s first passion was for her children. She loved all her children very much. She also enjoyed painting her children’s portraits, sewing, and shopping for antiques. Her artistic nature was also seen in curtain making and decorating her own house. She also possessed a wonderful voice and sang pleasantly during many a church service at the Christian Science Church in Fort Walton, Florida. Her family also had several musically talented individuals and her sister, Patsy sang professionally. Born and raised on her grandmother’s Oklahoma farm, Ella learned to cook early. Her fried chicken, real mashed potatoes, and homemade gravy are legend in the family. Reckon she cooked about 2,000 fried chicken dinners for her family over the years. Her favorite story was about learning to ride her grandmothers two huge draft horses known as Clydesdales. At about eight years old she shimmied up the leg of one of those huge horses and said giddy-up and so began a lifelong love of horses which her daughters inherited. Ella also loved plants and flowers. Her favorite were red roses, and she especially liked the small tea rose plants. Ferns were the other plant she loved to hang off her front porch and sit under during early morning rocking sessions as she watched the tourist speed past the house on their way to the beach. Ella was preceded in death by her husband Maurice, sister Patsy Larkin and her baby sister of four years, Joyce Marie. She is survived by all her children and her brothers, Richard, Edward, and Tony. She is also survived by eighteen grandchildren and numerous great grandchildren. The funeral service will be held on Saturday, the 20th of August 2022 at the Boone Funeral Home in Bossier City, Louisiana with service beginning at 10:00 am. To be followed by a memorial barbecue dedicated to the celebration of the life of Ella Foisy. Please join us for this even after the funeral service at a location to be announced. Flowers may be sent to Boone Funeral Home at 2156 Airline Drive, Bossier City, LA 71111. Donations may be sent to the Christian Science Mother Church in Boston, Massachusetts.
To order memorial trees or send flowers to the family in memory of Ella Jane Foisy, please visit our flower store.