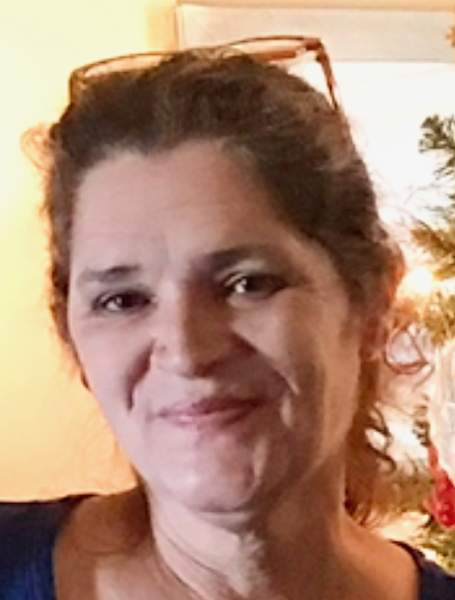 Elizabeth Ann Rhodes gained her perfect heavenly happiness January 28, 2021 in Shreveport, LA. Born to James “Red” Rhodes and Martha Ann Coleman on June 18, 1964 in Shreveport, LA; Elizabeth leaves behind a legacy of pure unconditional love. Elizabeth better known as “Libby”, “Lib”, “Poca”, “Libby Jean”, “Pooky”, or just plain mom was one of a kind. She held a God given gift of music that was so beautiful it touched all who heard. When Libby and her best friend and sister Neci took the stage, or the back porch for that matter, you knew something magical was about to happen. Just as she was taught by her wonderful father, Red, she instilled the love of music in her children and grandchildren. Libby took an unrivaled pride and joy in her family. The lights of her life were Logan, Tommy, Graci, Jillian, and Finn, her grandchildren. She never missed a chance to tell them just how special they are. They, too, loved their Poca with full hearts. She was the one you could count on to say the most imperfect, perfect words on any occasion. Libby grew up in “Old” Benton surrounded by a host of grandparents, aunts, uncles, her sister and brother, cousins, and friends that were never short of mischief. The crazy stories of these days gone by will never be forgotten and heartbreakingly missed. Of all her attributes, Libby’s love for the Lord was most treasured. Libby was not without shortcomings as we all are. She loved to speak of the Lord and his encompassing forgiveness whenever she could. As Paul so wonderfully stated in Corinthians, “Yes, we are fully confident, and we would rather be away from these earthly bodies, for then we will be at home with the Lord”. Through the sadness and tears it gives full comfort and peace knowing she is at Home with the Lord. Libby was preceded in death by her parents Red and Martha Rhodes of Benton, La. Libby is survived by daughter Leslie Herrera and husband Alejandro of Benton, La; son Weslie Rhodes and wife Emily of Benton, LA; sister Denise Burroughs and husband Joey of Benton, LA; brother James Rhodes and wife Angie of Benton, LA; grandchildren Logan, Tommy, Graci, Jillian, and Finn. As well as a host of aunts, uncles, nieces, nephews, cousins, and friends. Pallbearers will be Josh Burroughs, Joe Don Stickell, Ale Herrera, Malcolm Hilburn, Connor Robinson, and Austin Merendino. The family will receive visitors from 5:00 – 7:00 PM on Tuesday, February 2 at Boone Funeral Home. Funeral services will be held at 1:30 PM on Wednesday, February 3 at Boone Funeral Home. Burial will follow at Lay Cemetery in Benton, Louisiana

To order memorial trees or send flowers to the family in memory of Elizabeth Ann Rhodes, please visit our flower store.