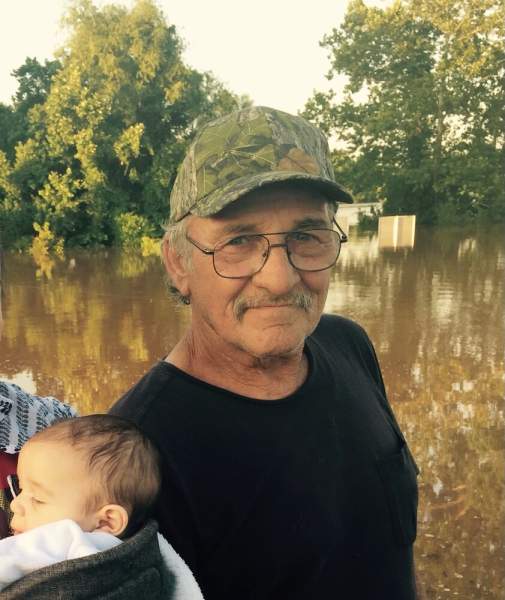 David Earl Harp was born in Ferriday, Louisiana on August 3, 1952. He passed away on October 23, 2021 at The Carpenter House in Shreveport Louisiana. Memorial services for David Harp will be Saturday November 6, 2021 at 1:00pm at Boone Funeral Home, 2156 Airline Drive, Bossier City, Louisiana. Officiating will be Chaplain Sam Mason. No graveside service will follow, as David will be buried at Centuries Memorial Park in Shreveport at a later date. David was a lifelong Louisiana resident and spent the last 40 years in Shreveport. He was an avid cyclist who rode his bike nearly every day, and he insisted this is what kept him alive for so long. David loved to hunt, especially with his best friend Steve Malone. He enjoyed fishing, particularly the Red River and he taught his youngest daughters and his grandchildren how to fish. He also loved to cook and considered his Thanksgiving dressing the best there ever was. He was big on celebrating Mardi Gras and attended the parades with the excitement of a child. He was fond of gardening fruits and vegetables and liked to grow American Giant sunflowers. David was preceded in death by his wife of nearly 40 years, Jayne M. Harp; their daughter Jamie Fondren; stepson, Jesse Fondren; and his best friend, Steve Malone. Left to cherish his memory is his daughter Deana and her husband Lorenzo Davenport, with their children Loreana, Lorenzo “Punkin”, and Wesley Davenport. His daughter Jamie’s children; Lexi Swindle, Devin Richardson, David Lyons II and great grandson Zane Swindle; Jackie Harp Watson and husband Jamie, her children Brayden and Daisey Laws, Harper Watson and great granddaughter Presley Cummings. Jason Harp and his sons David, Cameron, Levi and Elijah. Jennifer Harp and her daughter Olivia Hazelip and great granddaughter Sylvia. John Harp and wife Katie, and their children Gavin, Ja’Leigh and John Elliot. He also leaves behind step-daughter, Rachal Fondren, special friends, Roger and Tonya Green, Susie Pilgreen and the Lyons Family. The family would like to thank the doctors and nurses at Willis Knighton Pierremont, St. Joseph’s Hospice and The Carpenter House.
To order memorial trees or send flowers to the family in memory of David Earl Harp, please visit our flower store.