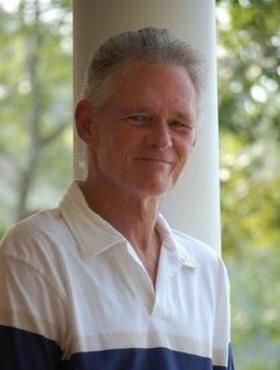 Les Parker passed away peacefully surrounded by family on January 3, 2022, following complications of a brief illness. His ashes will be scattered at a brief ceremony at 9am Friday, January 7, 2022, at the Northwest Louisiana Veterans Cemetery in Keithville, which will be followed by a church service conducted by Reverend John Korlaske at Ellerbe Road United Methodist Church at 11am. Family visitation will follow. Les' six grandsons will serve as Honorary Pall Bearers. Les was the beloved son of Dallas and Yvonne Parker, born in Baton Rouge on July 7, 1949. He was preceded in death by his parents. Les is survived by his wife of 53 years, Janet Bocox Parker, and his daughters, Jana Lynn Lucky and husband Kerry of Natchitoches, Louisiana, Jill Parker Bankston and husband Jay, also of Natchitoches, and Amy Parker Gleason and husband Chris Gleason of Prairieville, Louisiana, and by ten grandchildren who were the great joy of his life: Luke Parker Lucky and wife, Abbey; Joshua Reed Lucky, Jessi Lynn Lucky, Jake Bankston, Parker Bankston, Mixon Bankston, Alayna Wall, Riley Wall and Caleb Wall. He also leaves to cherish his memory his sister, Lynn Parker Drago and husband Greg of Caney Lake, and his brother, Steve Parker and wife Vickie of Candler North Carolina, as well as dozens of nieces and nephews. Prior to coming to live in Shreveport, Les served in the U.S. Air Force, where he and Janet enjoyed many wonderful years. They particularly cherished their years stationed in Wiesbaden, Germany. While in Europe they traveled extensively. Les played for the U.S. Air Force USAFE golf team, which took him on even more trips around Europe. Les searched for antique clocks and had the talent to restore the cases beautifully, as well as repair the workings. He bought and sold hundreds of clocks as well as other antiques he expertly refinished. After Europe Les was assigned to Barksdale AFB, and Les and Janet determined to make Shreveport their home after leaving the Air Force. Les developed his business in the restoration of old hardwood floors, as well as the creation of new hardwood floors the old-fashioned way. He was an artist and unique craftsman when it came to all woodworking and carpentry. He had a special gift. Les was a true friend to many, a very loving person. The family would like to in particular thank Les' niece, Hannah Yvonne Parker, for her expertise and very loving care for many months before his death. Memorials may be sent to The Arc Caddo-Bossier or to Ellerbe Road United Methodist Church.
To order memorial trees or send flowers to the family in memory of Dallas Lester Parker, Jr., please visit our flower store.