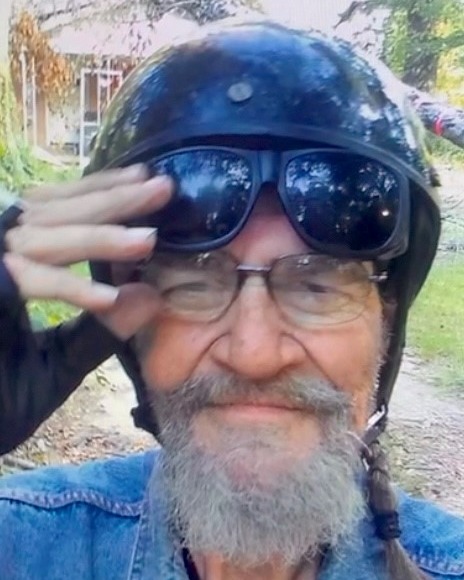 Cordell Womack of Campti, Louisiana, took his last ride on October 12, 2022, at the age of 64.  Cordell was born on November 15, 1957 to Kenneth and Evelyn Womack.  He was the youngest of three, with siblings Debbie and Kenny.  He was larger than life and grew tall very quickly until he stood at 6’8” tall. If anyone asked, he would tell them he was 5’20”.  Cordell, the “Gentle Giant”, joined the army and served from October 26, 1976 to October 25, 1979.  During this time, he met his wife, Karen.  They were both stationed at Ft. Hood, Texas, when they met.  Together they had two daughters, Teliesha and Sari. Later in life when he already had two grandchildren, he welcomed a third daughter, McKinzie.  After which, he was blessed with four more grandchildren.  He was a loving father and grandfather, and if he wasn’t with his girl, he was likely talking about them or his grandchildren.  He was a biker who enjoyed riding his bike every chance he could get and loved riding alone as well as with his brothers.  He was a unique individual that will be greatly missed.

He was preceded in death by his father, Kenneth Womack Sr.; mother, Evelyn Womack; and sister, Deborah Tyler.

To order memorial trees or send flowers to the family in memory of Cordell Womack, please visit our flower store.