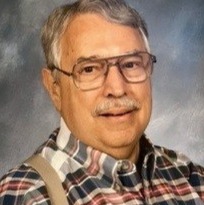 Claude passed away unexpectedly on January 12, 2023 at the age of 82.  He was born December 3, 1940 in Wamba, Tx. He attended and graduated from TCU and afterwards serving as a Captain in the USAF for six years. He then moved to Bossier City and served as a civil servant with the Social Security Administration for 40 years, retiring in 2002.  He continued to work but doing God’s work as a maintenance supervisor at Asbury United Methodist Church later as a coordinator for the Cursiillo Program in Alexandria, La.

For all who knew him, knew him as a prankster and a cut-up.  He loved meeting people and he would always tell you the newest restaurant in town was now the best place he had ever had.  He was always the chauffeur to any event and knew everything about everything. He loved to tell stories but his best attribute was his volunteerism and especially for his church.

He is survived by his son and daughter-in-law; Les and Liana Smith and two grandchildren; Jason Lane Smith and Jana Nell Smith Colemen(Jarrod Lane).  He is also leaves his sister Sarah Westfall and numerous nieces and nephews.

A Celebration of Life will be this early summer at the opening of the new Asbury UMC Columbarium in the Prayer Garden.  The family asks for any memorials to be made to St. Jude Chilldren’s Hospital or Asbury United Methodist Church, Bossier City, La.

To order memorial trees or send flowers to the family in memory of Claude Erastus Dumis, Jr., please visit our flower store.