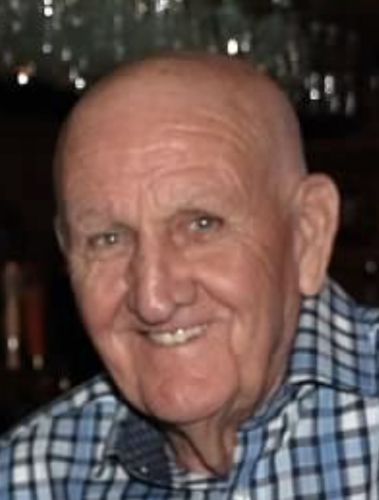 Champ Crossno of Bossier City, Louisiana passed away peacefully on October 29, 2020. There will be a visitation at 10 AM followed by a service at 11 AM at Boone Funeral Home in Bossier City. The family invites all to attend.

Champ was born on January 20, 1937 to Champ, Sr. and Cubie Crossno in Sallisaw, Oklahoma. He attended school in Doyline and after graduating joined the Air Force in 1955. He was a boom operator on a KC10. After being Honorably discharged from active duty, He worked at Beards for a short period before purchasing a scaffolding company that became and still is, Champ's Scaffolding company currently being operated by his son, Brett. His favorite past times were Cajun Dancing, Fishing, watching the Saints and LSU, being with his family and his favorite of all: spoiling his sweet Josie.

Champ is preceded in death by parents Champ, Sr. and Cubie; sisters, Alice and Gloria.

To order memorial trees or send flowers to the family in memory of Champ Crossno, please visit our flower store.