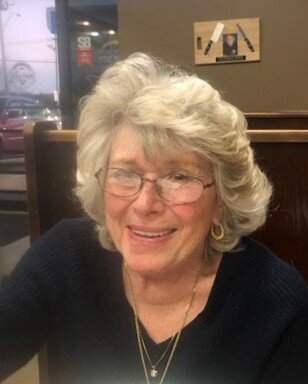 Carrie Henrietta (Hank) Taylor born September 13, 1939 in Ferriday, LA and passed away August 18, 2022, in Shreveport after a short but brave battle with cancer. A memorial mass for Hank will be held 1:30 PM, Friday, August 26, 2022 at Saint Elizabeth Ann Seton Catholic Church in Shreveport. Followed by blessing of the grave at Hill Crest Memorial Park in Haughton. Henrietta graduated from Bossier High School in 1957 and was a loyal Bearkat until her death. She began her business career after graduation and held several interesting positions. She somehow transitioned from legal secretary to systems analyst for IBM for 20 years and to finally retiring as a Caddo Parish Deputy Sheriff and pursuing her interests in gardening and keeping up with her many friends and family. Henrietta leaves her children, son Raymond Arthur Brown Tigges; daughter, Carrie Rebecca Ouzts; stepson Edmund (Ned) Vaz. Her sisters Marianne Taylor-Harper and Lydia Ann LoCoco. Also left to cherish her memory are several grandchildren and great-grandchildren. Henrietta wanted nothing more than to be with her husband of 43 years Eddie Vaz who passed away in 2020. His ashes are here with hers for the funeral and will be interred in the same grave. Honorary pallbearer for Henrietta’s remains is her grandson Timothy Ross Ouzts. Honorary pallbearers for Eddie’s remains is his son Edmund (Ned) Vaz.
To order memorial trees or send flowers to the family in memory of Carrie Henrietta Taylor, please visit our flower store.