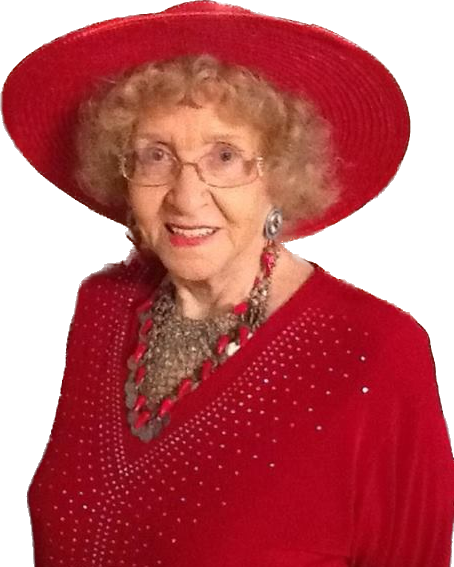 Betty Cliburn Majure was born in McDonald, Mississippi on July 6, 1928, and passed away unexpectedly at her home in Shreveport, Louisiana on January 9, 2023 at the age of 94.

Growing up during the Great Depression molded Mrs. Majure for the rest of her life. She began working at the age of fourteen as a shampoo girl in her uncle’s barber shop in Union, Mississippi. She progressed to being a hairstylist before joining the United States Nurse Cadet Corps. Following World War II, Mrs. Majure met and married her husband, Raymond Majure in 1947.

After moving to Shreveport in 1952, she was an active sports mother of two children, while furthering her career as a bookkeeper, insurance agent, and expert seamstress. She was also a member of The Order of the Eastern Star, West Shreveport Association, the Ladies Auxiliary B.P.O.E #122, and the Council on Alcoholism & Drug Abuse (CADA).  Her children, grandchildren, great-grandchildren, and great-great grandchild were her greatest passion. She was a voracious reader, and enjoyed gardening, cooking, crafting, quilting, and crocheting a multitude of afghans for her dearest family and friends.

Since 1975 Mrs. Majure became an avid fan, and eventually an expert, of all things NASCAR. She and her husband traveled with their friends in the Pelican Travelers Motor Home Group to multiple major race tracks throughout the South. Her bright highlight occurred at the age of 92,  when she was introduced to her favorite driver, Tony Stewart,  as he was inducted into the NASCAR Hall of Fame at Texas Motor Speedway. She was known to many of her friends as “NASCAR Betty!”

A memorial service for Mrs. Majure will be held at Broadmoor United Methodist Church, 3715 Youree Drive, Shreveport, Louisiana on Saturday, January 14, 2023. Visitation will be held at 11 AM, with a celebration of a wonderful life beginning at 12 noon, led by Rev. Dr. Wybra Price and Rev. Kelly Berne.  Memorials may be made to Broadmoor United Methodist Church, CADA, 2800 Youree Drive, Shreveport, Louisiana 71104, or a charity of the donor’s choice.

To order memorial trees or send flowers to the family in memory of Betty Joyce Majure, please visit our flower store.