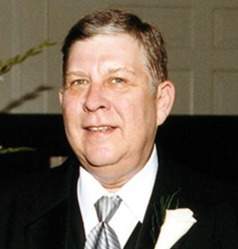 Alfred Eklund, a devoted husband, father, co-worker, and friend greeted his maker on June 6, 2022. He was 74 and passed away in Bossier City, Louisiana, after a brief illness.

Al leaves behind a legacy as a hard worker, a storyteller, a tinkerer, a humorist, and as a kind-hearted humanitarian. He was retired from working in retail, which is where he met the love of his life, his wife Sallie. They married on August 30, 1974, and he doted on her all the way to the end. He loved her and his entire family fiercely and made many sacrifices to ensure his children had every possible opportunity and was never shy in telling them he loved them. Sallie survives him, along with their two children, Dawn Napper and John Eklund, and two grandchildren, Anna and Aubrey Eklund, as well as Dawn’s husband Tom Napper and John’s wife Erin Eklund. Other family members left to cherish his memory include his sister-in-law Penny Boster and his nephew Scott Adams, along with Scott’s wife Rachel Adams and their children Hannah, Sydney, Zach, and Bethany.

Al was born in Kansas City, Missouri to Alfred Eklund, Sr. and Josephine Myers Eklund on August 23, 1947. Al enjoyed cooking, music, comedy, John Wayne movies, dogs, shooting, wrestling, politics, BBQ, craft beer, and much more. He had a good heart, was friendly and compassionate, and his kind, affable demeanor endeared him to all he met. He was an optimist who saw the best in his fellow man, and never met a stranger he couldn’t befriend in conversation.

Waiting in heaven for Al are his mom and dad, as well as his stepmother Kerry Eklund, his father-in-law John Ambrose, his beloved mother-in-law Dorothy Ambrose, his brother-in-law Charles Boster, and countless other friends and family members whose lives he impacted during his journey on this earth. He will be missed dearly by all who had the pleasure of knowing him.

A memorial service is planned for Saturday, September 24, 2022, at 11:00am at Boone Funeral Home at 2156 Airline Drive in Bossier City, Louisiana.

To order memorial trees or send flowers to the family in memory of Alfred Waldemar Eklund, Jr., please visit our flower store.